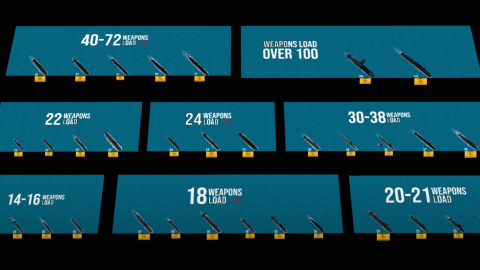 The More, The Merrier

The list starts with the Rubis-class nuclear-powered submarine of the French Navy and the Nagapasa-class of Indonesia, with both classes only carrying 14 torpedoes at once.

On the other hand, China’s Type 091 submarines had a weapons load of 20 torpedoes. However, these were extremely noisy, had poor radiation shielding, and couldn’t launch missiles while submerged.

Sweden’s first modern submarine, the Blekinge-class, also appears on the list. The Stirling AIP attack submarine carries 22 torpedoes and is expected to be ready by 2027.

Russia takes the second spot on the list with their Oscar-class submarines carrying 106 torpedoes.

And to nobody’s surprise, the United States takes the top spot with the nuclear-powered Ohio-class submarines that can carry 70 more torpedoes than the Oscar-class.