The Pacific – WW2 Battle of Peleliu 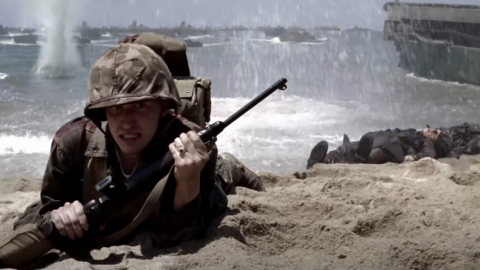 This short clip from The Pacific miniseries follows the protagonist as he gets ready to land at Peleliu.

The real battle of Peleliu happened from September 15 to November 27, 1944. It was supposed to be just a four-day event, according to the commander of the 1st Marine Division, William Rupertus.

However, the Japanese forces on the island had great defense tactics and well-crafted fortifications, leading to an extended and controversial battle. It was said that it took over 1,500 rounds of ammo to kill one Japanese defender during the war.

The initial confusion and hardships these Marines endured can be clearly seen in the episode. Watch how the chaos unfolds through the eyes of the Marines in the link below.