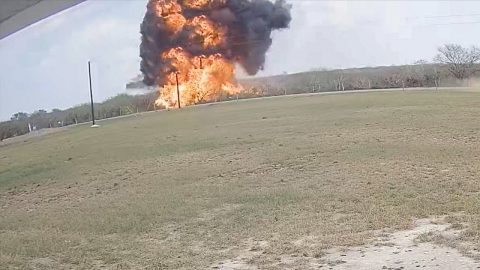 According to reports, the two occupants inside the trainer aircraft were participating in a regularly scheduled training mission. Around 45 minutes after takeoff, the hydraulic system caution light turned on while practicing landing pattern procedures.

Suddenly, the T-45 experienced an abrupt and rapid right roll. Since the aircraft was already at a low altitude, the occupants had no other option except to eject from the aircraft.

Thankfully, the instructor and the student both ejected safely with only minor injuries. After the crash, they were sent to a local medical treatment facility for further evaluation.

The final investigation report stated that the incident was the result of an undetectable mechanical failure and that malpractice was not the cause of the mishap.