Why A French Aircraft Took Off From US Aircraft Carrier 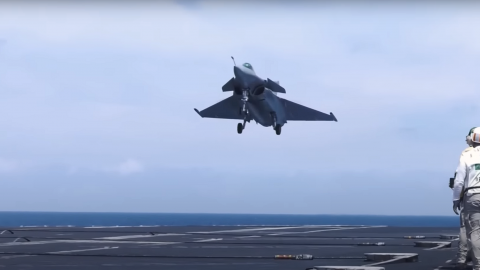 The Dassault Rafale was seen performing landings and takeoffs during a joint exercise between the French and US Navy. On June 4, 2010, the Rafale became the first ever foreign jet-powered aircraft to have its engine replaced on a US carrier.

Rafales have done carrier test flights since the 1980s, so it’s not surprising that the Rafale M is compatible with US Navy carriers. In fact, a number of French pilots are actually qualified to fly the Rafales from US Navy flight decks.

To help make carrier landings as smooth as possible, newer variants of the Rafale had their undercarriage fortified. In addition, its canard delta wing design makes it easier for the pilot to control and stabilize the aircraft.