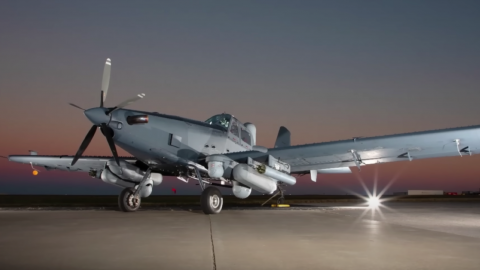 The United States Special Operations Command announced the AT-802U Sky Warden as the winner of their Armed Overwatch Program in August last year.

In turn, they have awarded an “indefinite delivery, indefinite quantity” contract that could be worth up to $3 billion, with the initial contract award starting at $170 million.

SOCOM aims to field 75 of these flexible, fixed-wing aircraft in the future.

It can carry a flexible combat loadout of 6,000lbs and loiter for six hours at a 200-nm combat radius. In addition, the Sky Warden’s robust suite of radios and datalinks allow the aircraft to prove line-of-sight (LOS) and beyond LOS communications.

Only time will tell how effective the Sky Warden ISR Strike Aircraft can be.