That Time A B-52 Wasn’t Spotted By A Carrier 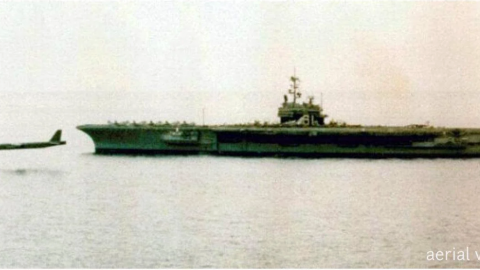 Russian ships used to repeatedly try to scout and photograph American ships during the Cold War.

As a result, the US decided to launch an exercise in which their B-52 bombers would play the role of the Russians and try to scout the aircraft carrier. Meanwhile, the carrier would have to detect the threat and dispatch interceptors in time.

During the exercise, the air traffic control onboard the carrier was shocked by what they heard on the radio. A B-52 Stratofortress asked permission to do a flyby seemingly out of nowhere. Disgruntled, the ATC said they couldn’t spot the bomber anywhere.

That’s when the B-52 pilot radioed back and told them that they should look down.

At an incredibly low altitude, the Stratofortress sped past the carrier – flying just below the flight deck.

Can you imagine looking down at a B-52? That must have been such a unique sight to see.