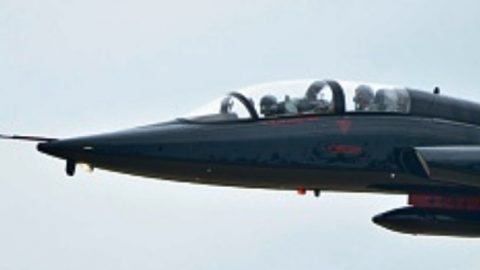 Yesterday reports came in last night that a plane had crashed near an Air Force Base in Texas. Information was sparse as the US Air Force remained tight-lipped while details of the incident were being investigated. Now officials have confirmed the inevitable, a pilot has died in an after injuries sustained in the crash.

The incident occurred last night at 7:40 PM at Laughlin Air Force Base. A pair of pilots conducting a routine training exercise in a T-38C Talon trainer jet suffered a malfunction. The pilots ejected from the troubled aircraft, killing one and the other was hospitalized at Val Verde Regional Medical Center.

UPDATE:One pilot is dead, and one was transferred to Val Verde Regional Medical Center when an Air Force T-38C Talon…

Posted by Laughlin Air Force Base on Tuesday, November 13, 2018

The identities of the pilots have not yet been released to provide privacy of the families. Flight activities at Laughlin Air Force Base will be suspended for the next week out of respect of the deceased.

There have been concerns over the T-38C Talon as it continues to advance in age. The T-38C Talon is expected to be retired in 2022 to pave way to the T-X trainer jet. Details will be updated as the situation develops.