One Simple Trick Just Created The Stealthiest Submarine On Earth 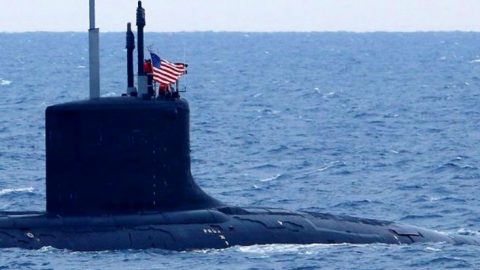 Submarine technology has come a long way since its early days and advances in technology are always making progress. In recent years, there has been a lot of talk about the upcoming Columbia-class which is expected to join the US Navy in 2021. Details are beginning to trickle out about the technology used in the new submarine, but there has been a giant leap forward in its stealth.

The United States Navy has stepped forward to claim that the Columbia-class submarine will be the stealthiest submarine ever made. This evolution in stealth technology was cultivated by quieting the electric-drive to make it less detectable by hostile vessels.

“The electric-drive system is expected to be quieter (i.e., stealthier) than a mechanical-drive system.”

By using the electric drive rather than the mechanical-drive propulsion train used on other subs, the Columbia-class utilize fuel efficiency and become less observable. There is still a long way to go before the Columbia-class sub is complete, but the advances made show that it is a nuclear submarine to be reckoned with. A fleet of 12 Columbia-class subs is expected by 2028, this short video shows some of the details from the upcoming vessel.