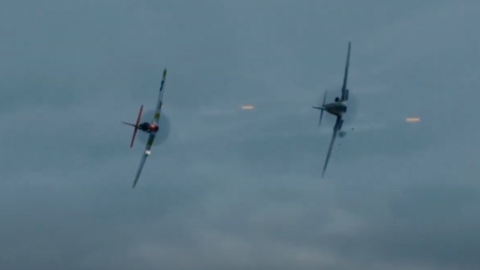 In the 2002 film Hart’s War, it’s set in a German World War II prisoner of war (POW) camp. In one scene, a Messerschmitt Bf 109 and North American P-51D Mustang engaged in a dogfight. There are several standouts in the movie and this is surely one of them.

The Messerschmitt Bf 109, along with the Focke-Wulf Fw 190, served as the backbone of the Luftwaffe fighter force. It became the most produced fighter aircraft in history at 33,984 airframes produced but some of its production took place in concentration camps. Meanwhile, the North American P-51 Mustang helped immensely in ensuring Allied air superiority. It remains one of the most iconic warbirds today.