The Only Plane That Could Beat The F-22 Raptor 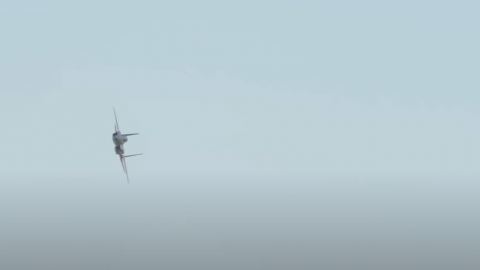 Just because an aircraft boasts of superior features isn’t a guarantee that it won’t lose to its competition.

The F-22 Raptor is a great bird, no doubt about that. It’s sophisticated, stealthy, fast, agile and basically designed for air dominance. But there’s one plane which has been largely forgotten by most people that could outperform it.

Meet the Northrop YF-23. It had great potential but more than that, it was a phenomenal aircraft. And as far as stealth and speed go, it could outperform the F-22. However, when it came to manoeuvrability, the F-22 was the clear winner. Take a look at this video that delves deep into the exceptional engineering behind the YF-23.