Pilot Attempts Takeoff With Only One Engine 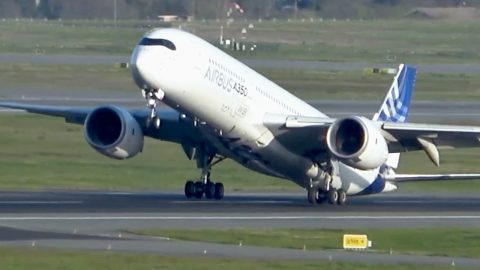 Watch as this Airbus A350-900 struggles to climb after it takes off. The 219-foot-long airliner took a couple more seconds to rise as the pilot compensated for the yaw by deflecting the rudder.

Now, if you’re wondering why it “sounds different,” it’s because one of the A350’s engines was on idle during rotation. This was one of the few clips regarding the Airbus A350’s takeoff performance test at Toulouse-Blagnac Airport. The engine’s power was only increased after takeoff to simulate an engine failure.