Pilot Stalls and Recovers Into A Spin Maneuver 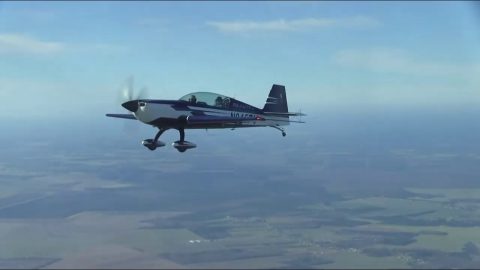 Watch as this pilot stalls his planes and recovers into a spectacular spin maneuver afterward. The aircraft stalled for almost a minute before the pilot initiated the recovery.

Don’t worry – he knew exactly what he was doing. The pilot intentionally holds the plane in the spin, then releases the rudder back to the middle to recover.

According to a viewer, this aircraft was part of the “Upset Prevention and Recovery Training with Prevailance Aerospace”. The event features world class instructors, former military pilots, and even a former Top Gun pilot.

Their training covered aerodynamics, physiological and emotional challenges, and basic aerobatics. He also later added that the maneuvers were performed at safe altitudes, and that they had in-depth safety briefings before each flight.