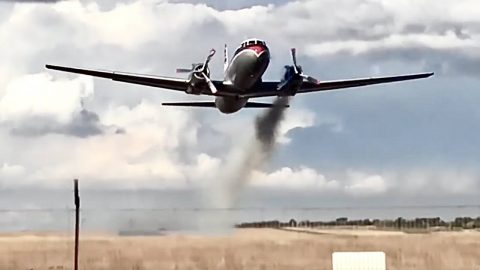 This Convair CV-340 was on a test flight when it suffered a left engine fire moments after taking off. Though its crew fought to keep the aircraft steady, it soon crashed into a factory near the Wonderboom Airport.

At that time, the aircraft was carrying sixteen passengers and three crewmembers. The flight engineer was killed in the accident, while all 18 survivors were injured. The pilot in command died from his injuries a year and a half later.

According to the South African Civil Aviation Authority, the most probable cause of the accident was poor engine maintenance and multiple mistakes by unqualified pilots.

These statements were made because footage from the cockpit showed the pilots not following the checklist procedures during an engine fire. Moreover, they never attempted to extinguish the fire, as its extinguishing system was never activated.