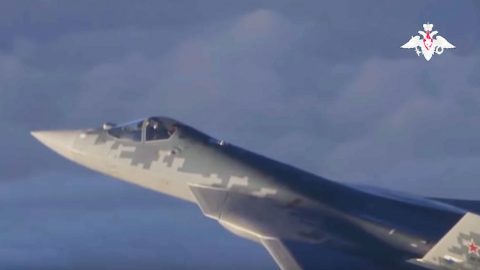 The United States and Russia have been at odds for decades now. Since World War II, it was a constant competition between the two superpowers, from the space race to the best vodka, we are simply one-upping each other in any area.

Such is the case of military technologies as well. As the United States called for a 5th Generation fighter in 1992, the first stealth fighter already flew in the year 2000. Russia followed suit with a similar requirement for a new jet a decade later in 2002. It was first flown in 2010 and thus far Russia has 10 prototypes of their Su-57.

Reports from November 19th, 20018 indicate that Russia just launched a pair of their Su-57 to Syria for a duration of two days. The video released by the Russian Defense Ministry shows the 5th generation fighters taking off and landing with some in-flight footage. The report also stated they tested their weapons although that are no collaborating reports of missile or bomb use in Syria during their time there.

Although time will tell whether those Su-57 missions meant anything or were successful but at least we have some footage of them in the air.