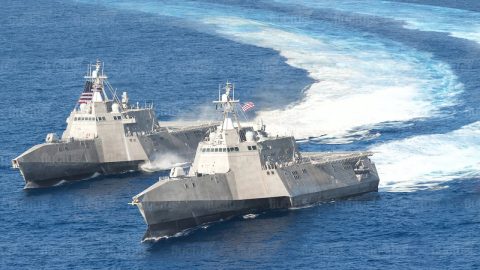 The Navy utilizes what’s called a “Carrier Strike Group”. These groups are composed of a carrier, destroyers, submarines, and more. By doing so, these warships can all help each other if a problem arises.

What use are these massive weapons if not fired? Doing live firing drills familiarize the crew with the ships’ weaponry while testing it out at the same time.

Carriers can be quite fast relative to their size. Combine that with their jamming systems, their enemies are going to have a hard time pinpointing their exact location.

Rightfully named because of their capabilities, Destroyers help the group by escorting them along with its extensive arsenal of weapons.

If push comes to shove, carriers can use different kinds of planes to help them. It’s vital for the Navy to use the planes as scouts to spot incoming ships and mines.