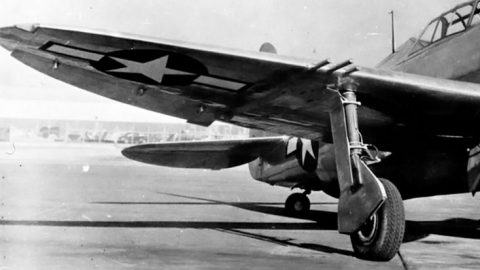 When it came to ground attacks during WWII there were few planes to rival the Republic P-47 Thunderbolt. Due to its success as a close air support aircraft, it made perfect sense to the US Army Air Force to improve the design. The result of this development was the Republic XP-47J Superbolt, but there is a good reason why it never went beyond the experimental phase.

The P-47 Thunderbolt was incredibly effective in combat but the drawback of this plane was its heavy weight. Engineers managed to successfully reduce the weight of the aircraft as well as incorporating a supercharged engine.

Initially, the US Army Air Force was going to purchase the XP-47J Superbolt after their track record of success in testing. However, by the time the prototypes were completed in 1944 they canceled the order.

At this point, the war on the Eastern Front had progressed to a point where the Allies had the advantage. High-altitude bombings were more effective than risky close air support staffing and aircraft powered by jet engines would be better suited for the role. So the Republic XP-47J Superbolt found itself without a job despite being an improvement over the P-47 Thunderbolt.