Why This Invention is the Pilots Worst Nightmare 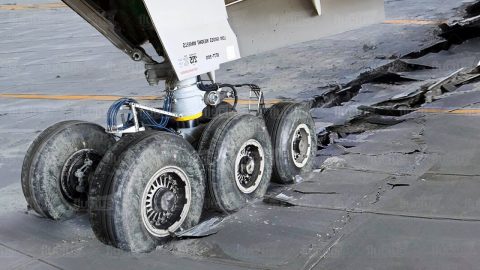 A study done in 2019 by Boeing showed that takeoffs and landings are statistically the most dangerous parts of a flight, with 49% of fatalities occurring at the final descent or landing phases.

In hopes of reducing this number, ESCO developed “EMAS,” short for engineered materials arrestor system. An EMAS is a bed of high-energy absorbing materials designed to crush under the weight of an aircraft. These would stop an aircraft overrun since energy is lost as it crushes the EMAS material beneath the wheels.

As of 2019, EMAS has been installed at 68 airports and 112 runways. There have also been plans to install three more of these systems at two additional US airports.

Funnily enough, some pilots avoided using the EMAS to avoid bad publicity. In these circumstances, they would instead steer to the grassy side of the runway than use the system.