The F-15 Is Like Fine Wine – It Just Gets Better, Especially With New Advanced Core Processor 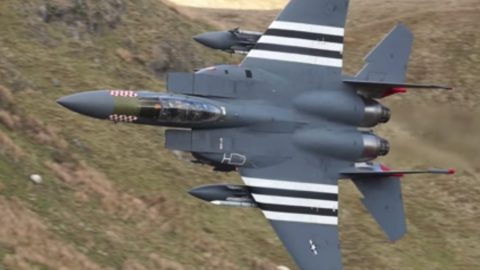 The F-15 has been around for a while. Its first delivery was in 1974. Its first kill was in 1979. Even with a few hiccups over the years, the maneuverable, armed to the teeth, undefeated in air-to-air combat F-15 isn’t going anywhere.

In fact, it’s staying relevant through at least 2040 thanks to its new Advanced Display Core Processor II. If all goes well with Boeing, the  $91.2 million contract will give the F-15  the capability of processing 87 billion instructions per  second of computing throughput.

That’s one heck of a computer and we’re pretty stoked that it’s going in one of the most deserving aircraft of all time. The F-15, after all these decades, has never lost a fight. With at least half of its victories scored by the Israeli Air Force, the F-15 has over 100 victories…and zero defeats.

What Makes The F-15 Such A Great Aircraft