The Most Powerful New Gun the Navy Has Ever Built 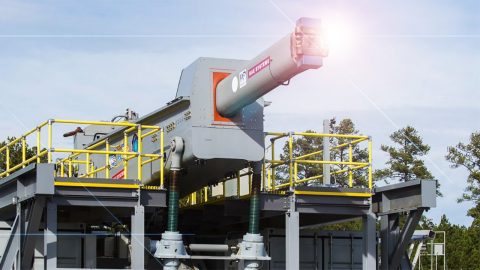 In 1944, German Joachim Hansler proposed the first viable anti-aircraft railgun. It was never built, even though it was theoretically feasible. Later on, it was discovered that each gun would need enough power to illuminate half of Chicago.

A joint effort between the Navy, BAE Systems, and General Atomics in 2005 led to the idea of creating a weapon similar to Hansler’s design. This time, they sought to develop a railgun using high-power electromagnetic energy instead of explosive chemical propellants.

If the system became successful, it would remove the need for high-explosive warheads, reduce engagement costs, and arm the Navy’s then-promising Zumwalt-class destroyers.

One glaring problem of the system is that it tears itself apart with every use. It also requires an enormous amount of power to operate, making it impossible to use aboard US battleships.

The US Navy announced the cancellation of the program in 2021. In total, the program cost $500 million spread over 15 years.