Why Protecting Tanks is Getting Much More Difficult 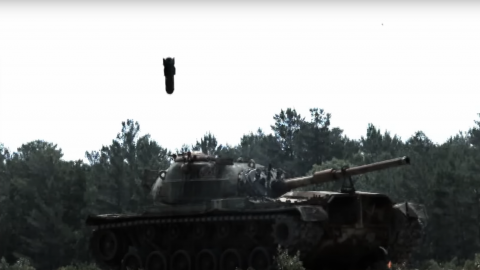 As technologies improve every year, modern tanks have found it increasingly hard to keep up with the times.

Early anti-tank rifles relied on kinetic energy to pierce through the tank’s armor. To counter this, they packed more armor, while anti-tank guns became heavier and more complicated.

Shaped charges have one “slight” problem. Slats of armor and metal cages can create a gap between the warhead and the vehicle as it explodes, forcing a premature explosion.

This armor is most effective against shaped charges and hardened kinetic energy penetrators. If these were attacked, the explosive inside would detonate, driving the metal plates apart to damage the opposing missile.

FGM-148 Javelins are equipped with two explosives. The first neutralizes the tank’s reactive armor, while the second delivers the lethal blow. This piece of equipment counters the armor modern tanks use.

One of the few ways to counter tandem warheads is through a hard-kill protection measure. This system aims to physically strike the threat to destroy it and limit its ability to penetrate the tank’s armor.