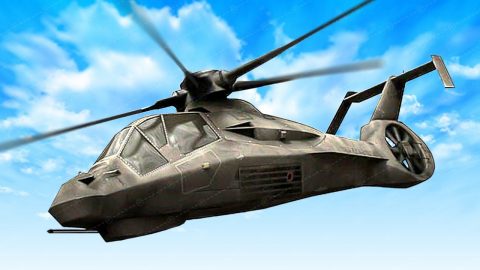 Aim For The Stars

Technological advancements are usually compromised by their budget rather than their potential. The RAH-66, for example, was a project by Boeing-Sikorsky in 1991. Its potential to be one of the primary stealth fighters by the US Forces gave it a boost in support. However, multiple design errors, manufacturing delays, and budget cuts, ultimately spelled the end for this aircraft.

Due to how heavy the helicopter was at first, experts wondered if it could even fly. For reference, it weighed 200 pounds more than the specified weight. Meanwhile, software bugs also littered its systems. The accuracy of the three-barrel cannon wasn’t as good as intended, and if that wasn’t enough, the target detection system wasn’t up to par.

It’s no surprise this aircraft’s funding was subsequently dropped after more than a decade. In total, the US spent $7 billion before the program was shut down.