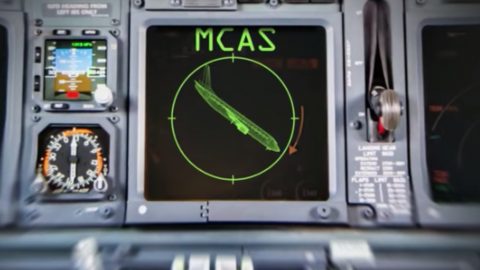 MCAS To Blame For Lyon And Ethiopian Crashes

The preliminary reports of the Ethiopian Airlines crash in March 2019  found that the Maneuvering Characteristics Augmentation System, or MCAS software, activated due to wrong information from a faulty sensor. This is what was originally suspected. The glitch cause the plane’s nose to repeatedly push down until the plane crashed only 6 minutes into flight. Since then, all Boeing 737 Max 8s have been grounded.

But apparently, the MCAS wasn’t the only software problem that was found.

Although the problem was reported as “relatively minor,” it’s still enough cause for some eyebrow raising. Details have not been released about what aspects of the plane this software affects, but two unnamed officials alleged that it has to do with the wing flaps and other flight control hardware. These are, of course, critical to flight safety.

The additional software problem was discovered during the testing being done since the grounding.

“It’s our responsibility to eliminate this risk. We own it, and we know how to do it.”- Dennis Muilenburg