This Is What Happens When You Violate Presidential Restricted Airspace 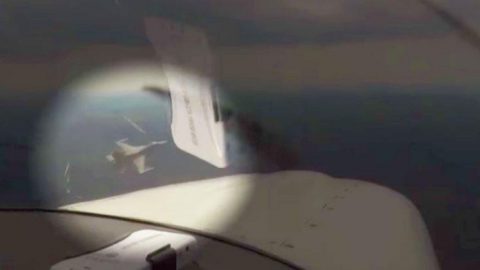 Restricted airspace is a concept that every pilot should be aware of to know where can and can’t fly. Ever since the terrorist attacks on 9/11, the Air Force has pressed for tighter security over restricted airspace. Areas known for their airspace policies include military bases, the United Nations building in New York City when high-profile foreign representatives are speaking and wherever the President of the United States is located.

“Special use airspace is used to designate airspace in which certain activities must be confined, or where limitations may be imposed on aircraft operations that are not part of those activities.”

Every once in a while an aircraft will violate restricted airspace and Air National Guard fighters will scramble to intercept. A group of pilots took a camera crew up over restricted airspace where the President was located just to see what happens. This is just about the dumbest thing you could do as a pilot, but they went and did it anyway.