This ‘Stolen Valor’ Movie Clip Will Make You Die Laughing 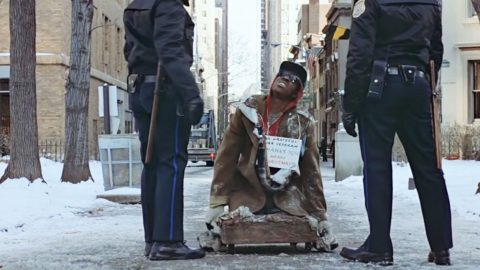 Stolen valor is not a  joke, as it’s actually a law that was enacted in 2013. It prohibits anyone from lying about their military service in order to solicit any tangible gain such as money or property. This was due to years of people making the news by collecting “donations” and things of the sort without having served.

The full title of the act is: To amend title 18, United States Code, with respect to fraudulent representations about having received military decorations or medals.

Enough was enough, so the Stolen Valor Act of 2013 made the practice punishable by up to one year in prison. Although videos on social media are still popping up showing stolen valor all the time, it’s been greatly diminished according to statistics.

The practice is not as new as you can imagine. People have been preying on other’s pity for as long as civilization has been around and “having served” and being forgotten by the government is quite a soft spot for folks.

It’s been happening so long, that even a movie like Trading Places from 1983 depicted it. Starring Eddie Murphy and Dan Aykroyd, Murphy plays a street hustler willing to do anything to make a buck. This included him pretending to be a Vietnam veteran and asking for change and going as far as saying he got his legs blown off. Oh, and he pretended to be blind on top of that.

The scene of him getting caught by the police, however, is as hilarious as you can imagine because Murphy goes off on a tangent about how much he did in the military.

It’s pure hilarity. Check out the clip below.