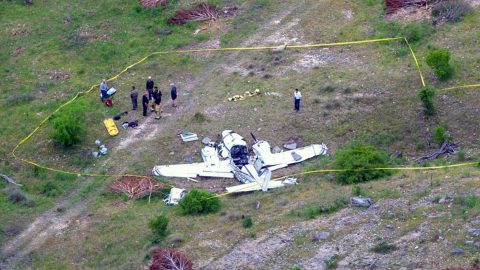 On April 22nd, 2019,  a small twin-engine aircraft, a Beechcraft BE58, crashed in the Kerrville Municipal Airport in Texas, killing all passengers onboard. The victims were the pilot, 65-year-old Jeffery Carl Weiss, Stuart Roben Kensinger, 55, Angela Webb Kensinger, 54, Mark Damien Scioneaux, 58, Scott Reagan Miller, 55, and Marc Tellepsen, 45. No one of the ground was injured as the aircraft crashed into a field.

The aircraft was on it’s way to land and apparently crashed about 6 miles away from the landing strip. The FAA is currently at the scene beginning their investigation.

The Flight And Pilot

The pilot of the aircraft was Jeffrey Weiss who had over 40 years of flying experience. He was also known for donating his time to flying patients and medical supplies for children for an organization called Angel Flight.

One of the witnesses of the crash said the aircraft might have lost one of its engines and lost a lot of altitudes rapidly before the crash.