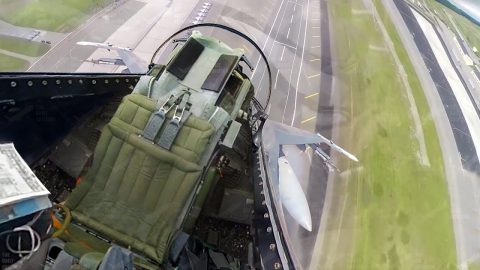 During anti-aircraft gunnery training, the QF-16 would start off with a pilot on the ground. Once the pilot has done his job, he would exit the aircraft and control it from a ground station. While inside, the pilot makes use of “remote controls” called AATTCS or Advanced Airborne Threat Target Control System.

While unmanned, the QF-16s are capable of pulling up to 7 Gs and flying at 40,000ft. Through the use of this technology, the US Air Force can easily test anti-aircraft weapons before ordering them for mass production.