Uranium Bullets: The A-10 Warthog’s Cannon Is A Truly Fearsome Weapon 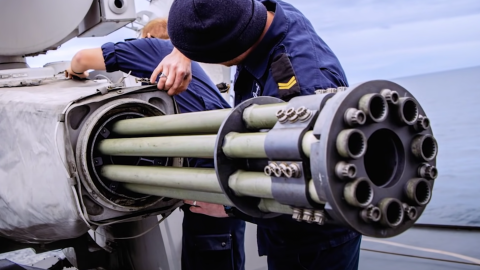 The US Air Force doesn’t screw around when it comes to procuring their weapons and the A-10’s GAU-8 Avenger is a great example.

Before its inception, the GAU-8 was designed to be an improved version of the M61 Vulcan. Though it is an improvement, upscaling the M61 Vulcan would mean it needed to be heavier than needed.

A “lighter” version was made and thus the Avenger was born. The 7-barrel Gatling gun itself weighs 620 pounds but its linkless feed system weighs an additional 4,029 pounds.

It took a few prototypes such as the YA-9 and YA-10 for the Avenger to find its home. Now, we see it used by the A-10 to provide well-needed close air support for US troops, and in the Goalkeeper Close-In Weapon System used by warships.