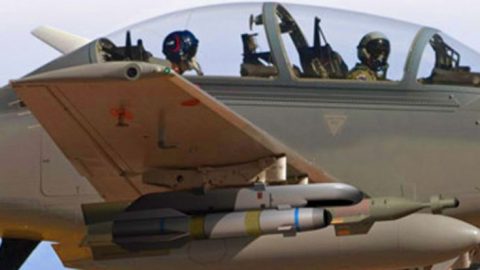 Over the course of the past year, the US Air Force has been seeking cheaper alternatives to expensive aircraft. It doesn’t make a whole lot of sense to use a $100 million aircraft to shoot up terrorists in a rusty truck so the light fighter program was enacted. However, several aircraft have entered the race to be the new light fighter but now one of them was involved in a fatal crash.

These light fighters are intended to provide ground support coverage in uncontested airspace as an alternative to the A-10 Thunderbolt II. Recently an Embraer A-29 Super Tucano crashed during a combat exercise at White Sands Missile Range in New Mexico. The pilot killed in the incident was identified as U.S. Navy Lieutenant Christopher Carey Short and the copilot was taken to the hospital with only minor injuries.

The US Air Force has not yet commented if this will halt the Light Fighter Program. A clear choice has not yet been determined for the new light fighter and it is too early to tell if this will hurt the A-29’s Super Tucano’s chances. At this moment all we can do is hope for the best for Lieutenant Short’s family and wish a speedy recovery to the copilot.