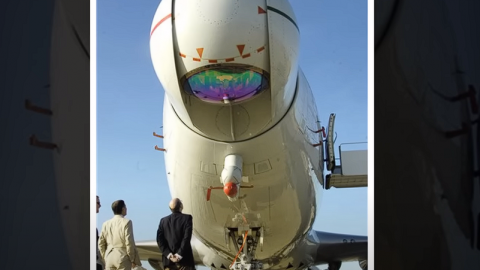 The Boeing YAL-1 was one of the most expensive aircraft in the world. Initially, the plane’s fuselage was from a converted Air India 747-200 but was changed to a modified Boeing 747-400F airliner later on.

A laser apparatus was placed on the nose of the aircraft that could swivel and open or close shut – like an eyeball. The laser’s main use was to look out for ballistic missiles at high altitudes.

It could identify and target short-range missiles while in the “boost” phase. The laser could detect the infrared heat produced by the missile as it increases speed.

A report from 2011 stated that the whole 16 years of development caused around $5 billion. The high price was one of the reasons why the government cut its funding.