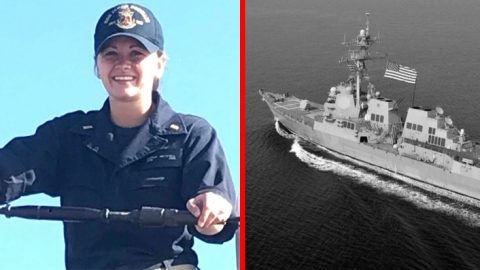 Reports are coming in that a 23-year-old U.S. Navy sailor has a died of injuries sustained during a training exercise. Ensign Sarah Mitchell who was stationed aboard the Arleigh Burke-class Destroyer the USS Jason Dunham. She was conducting training exercises with small boats in the Red Sea when the incident occurred.

Ensign Mitchell was taken to a hospital in Aqaba, Jordan to be treated, but later pronounced dead as a result of her injuries. She had recently graduated from Virginia Tech before joining the crew about the USS Jason Dunham.

“These losses are a solemn reminder that our business is inherently dangerous — but through training and pertinent planning, we always try to mitigate the risks to our personnel who are our most valuable asset.”

Details are still emerging as to how the incident occurred, but it did occur in a non-hostile environment and no other sailors were hurt. Sarah Mitchell’s comes as a deep loss to the US Navy as an investigation is conducted to give closure to her loved ones.