US Navy Wants to Retire up to 10 Littoral Combat Ships 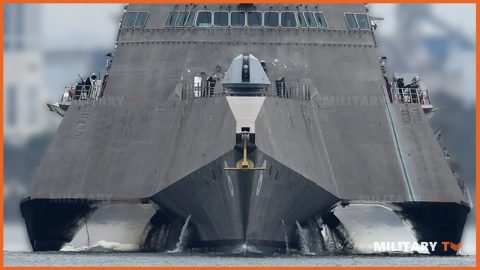 The US Navy is planning to decommission at least nine Littoral Combat Ships. According to officials, the vessels don’t have any mission modules and are very costly to maintain.

Decided by the Pentagon

The Pentagon’s decision came after Congress rejected the US Navy’s initial plan to decommission at least three Freedom-class ships as part of the 2022 defense budget.

So far, the only “confirmed” ships are the USS Fort Worth, Milwaukee, Detroit, Little Rock, Sioux City, Wichita, Billings, Indianapolis, and St. Louis.

Investing In Other Programs

In the next five years, the US Navy aims to save $3.6 billion by decommissioning 24 ships. In addition, they have also expressed interest in investing in new ships for the future.

An LCS program is the Navy’s latest plan to modernize LCSs. The modified vessels would prioritize lethality and survivability instead of speed. Furthermore, it would be able to simultaneously do surface and anti-submarine warfare by using a towed variable depth low-frequency active sonar.