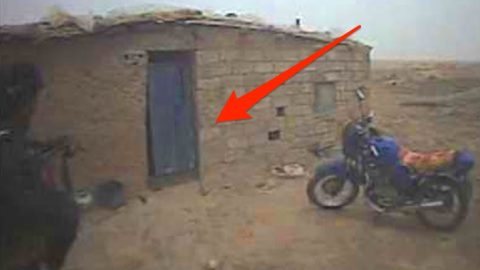 Afghanistan is one of the most dangerous places on Earth but that doesn’t stop the US Special Forces from going in. Terrorist organizations ranging from Al Qaeda to the Albanian National Army spread chaos throughout the land in a bid for power. Terrorists can operate just about anywhere from caves to hiding in plain sight. So when counter-terrorism gets a chance to strike back they take it.

A shack in the middle of the desert is a fairly obvious location for a terrorist hideout but there are always dangers present. The terrorists inside are men with nothing to lose and deadly weapons, so they’ll put it all on the line. The US Special Forces units team up with the Afghan National Army to thwart the terrorists.

The Special Forces units could ring the bell and ask if the terrorists could come out and play but they prefer other methods. So they kick in the door and the terrorists aren’t happy with their makeshift door being knocked down and all hell breaks loose. So if you’re in the mood for an old fashion shootout between the good guys and the bad look no further than this exciting video clip.