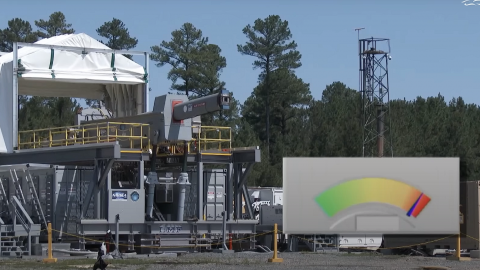 General Atomics and BAE Systems were both competing to develop a railgun design in order to win funding for their projects. The latter won with its electromagnetic railgun and was awarded a $500M contract to boot. For the former, they still pursued the project using their own money to develop a land-based version of BAE’s railgun.

Thankfully for the US Navy, the BAE Systems’ railgun is just as good as advertised. A 32-megajoule electromagnetic railgun was delivered to the US Naval Surface Warfare Center in Dahlgren in 2008 for further testing. In earlier tests, the railgun was fired at 10.64 megajoules, and the 7 lbs. projectile attained a muzzle velocity of 8,268 ft/s.

Since funding has almost been cut, the dream of having a 64-megajoule railgun is going to be pushed back for a bit. For now, we have to settle for Tomahawk cruise missiles – which isn’t a bad second option at all.