US Testing Its Most Expensive Helicopter Ever Made 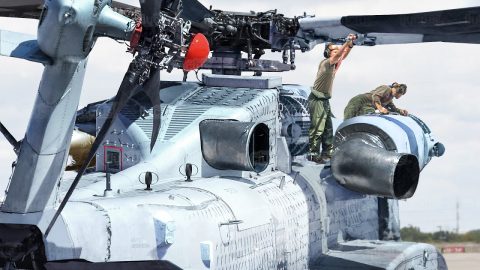 New King of the Skies?

The CH-53K King Stallion is the US Marine Corps’ newest heavy-lift cargo helicopter. CH-53s come from a long line of heavy-lifters designed and built by Sikorsky Aircraft.

This series of planes were initially developed to replace the Sikorsky-made CH-37 Mojave in the 60s. However, Sikorsky’s most recent CH-53 is now fitted with three 7,500 shp engines and newer composite rotor blades.

Furthermore, the King Stallion has a far wider cabin than the rest, making it the largest and heaviest helicopter operated by the US military. Its 30-ft-long cabin can house 30 troops or even 24 casualty litters equating to 35,000 lbs.

Though its maiden flight happened seven years ago, the CH-53K was only introduced in 2022. So far, the Marine Corps plans to field 200 of these for a total cost of a whopping $25 billion. Hopefully, it’ll prove itself worthy of that price tag if the time comes.