Utah Man Gets Into Argument With Wife – Crashes Jet Into House 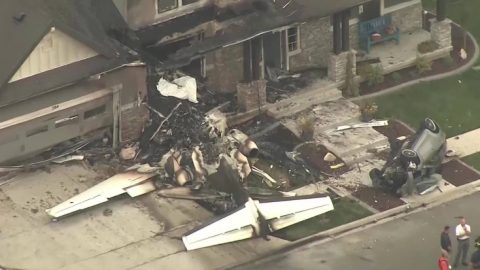 Every now and then couples will have their spats, disagreements and they may even hold a grudge for a little bit. But mature couples work things out, take a break and if things are bad they see a couple’s therapist. However, there was a man in Utah took a more colorful method of getting back at his wife by crashing his plane into their home after an argument.

47-year-old Duane Youd of Payson, Utah had just been arrested for assaulting his wife. Upon his release from jail, he took a Cessna 525 and crashed it into his home, killing him upon impact and setting fire to the house. Youd’s wife and her son came out of the disaster without any major injuries but were still very shaken.

Duane Youd served as a company pilot for VanCon, Inc. and had access to his employer’s hangar and private jet. Neighbors heard that he was having problems with his marriage but they claim that he had nothing implied that he was disturbed or suicidal.

“I couldn’t’ believe it. It’s unbelievable. The guy was just golden. He was rock solid. You just can’t even fathom this. It’s just so tragic.”

Details are still trickling out among the incident as an investigation is launched into Duane Youd’s past. This was bad but it could have been a lot worse, NBC News covers details of the story in this clip.