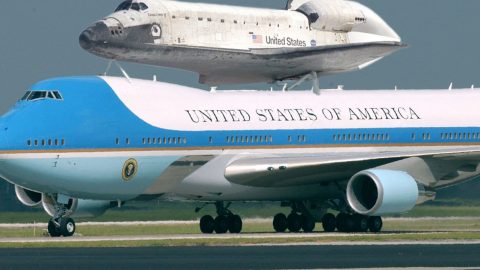 On June 18th, 2018, President Trump made it official to have the Pentagon work on establishing a sixth military branch, namely, the Space Force. This comes at the heels of the DoD trying to manage their budget as costs are ever increasing.

Here’s a short clip of how this all began back in March:

“We’re doing a tremendous amount of work in space, and I said, maybe we need a new force. We’ll call it the ‘Space Force.'” pic.twitter.com/Ed3KiOKVSk

Although an innocent joke, the DoD has been toying with the idea of having a Space Corps or a Space Force for years now. As futuristic as it sounds, the United States and other superpowers have thousands of satellites in space which are responsible for everything from telecommunications to GPS and troop movements. This equipment is crucial to our national security and as of now, its management is split between the Air Force, Army and Navy.

Having a designated branch of the military in charge of everything to do in space is not a bad solution. It’ll streamline security as it would be under one roof and end budget battles between the different military branches that currently manage it.

Some people, however, don’t understand that part of it an took it all as a joke. Not for nothing, but some of the comments on Twitter were downright hilarious.

Here are our favorites:

For You Star Wars Fans Out There

Yes I really just spent an hour of my life making this, but how could I not… #SpaceForce #ComingSoon pic.twitter.com/mNo1a8PFq0

Be it as it may, space has always been the final frontier. With technology companies planning manned trips to Mars in just a few years, having a military branch dedicated to space is definitely necessary, be it now or in the near future.