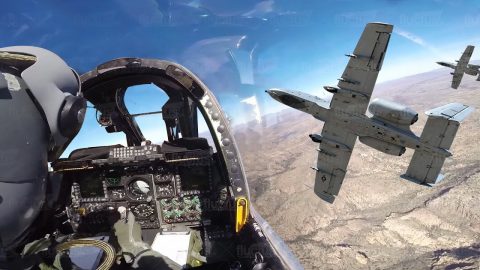 With several fail-safes and redundancies built into its construction, the A-10 is one of the most structurally robust aircraft available today. Nevertheless, attacking at such low altitudes carries a massive risk to the pilot’s survival.

Though it feels wrong to imagine someone being in such situations, it’s crucial for those in the front to know how to maximize their chances. The US Air Force Survival School teaches nineteen courses to approximately 20,000 students every year.

Pilots are introduced to food procurement, day and night land navigation, camouflage technics, and more in these lessons. Meanwhile, other courses deal with surviving the rigors of isolation, including captivity training, hostage resistance training, and the like.