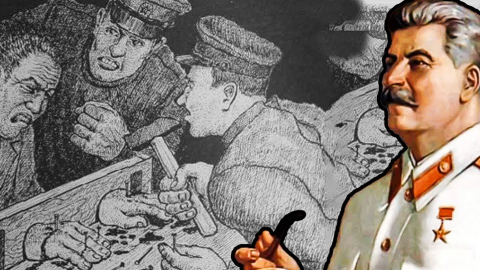 The guards would take off the prisoners’ clothes and drag them outside in the snow with their limbs tied. Prisoners died of hypothermia quickly so guards would pee on them to warm them and prolong their suffering.

According to the Laws of Soviet Humanism, the only time prisoners would get shot was if they had a temperature between 96 to 99 °F. Guards would take good care of them just to be able to slaughter them.

Hunger strikes were common to avoid getting shot so they were forcefully fed through their nostrils to bring their temperatures up to be killed.

To force cooperation, prisoners would be forced to sit with no clothing on a heated bucket full of rats. At times, hungry rabid dogs were released on them as well and some were even drowned in a barrel full of human excrements.

Women were treated as slaves and commodities. If they refused, they are sent to work on ant hills or tied up on trees for insects to eat them alive. As for the slaves, they are raped and traded by the guards.