Which is the Best Interceptor Aircraft Today? Is it MiG-31 or F22 Raptor? 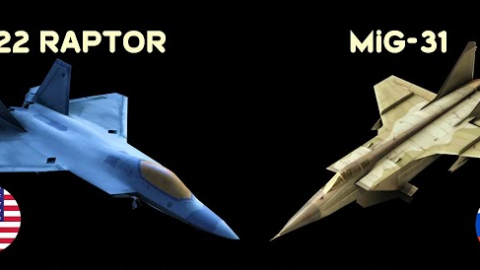 The Mikoyan MiG-31 is a long-range supersonic interceptor aircraft that first flew on September 26, 1975. Designed as a replacement for the MiG-25 “Foxbat”, it’s equipped with state-of-the-art digital avionics.

Meanwhile, the Lockheed Martin F-22 Raptor is an all-weather stealth tactical fighter aircraft which formally entered service with the US Air Force (USAF) on December 15, 2005. It boasts of agility, stealth and range to ensure unrivaled air superiority. Its sophisticated design, efficient engines, and modern avionics make it an extremely reliable aircraft.

There’s no doubt that both of these are excellent aircraft with the best features, but which one is better in your opinion?