Why The Army Chose Bell’s Tiltrotor Over Sikorsky’s Design 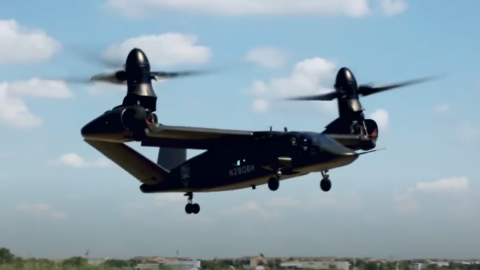 The US Army has chosen Bell’s V-280 tiltrotor design over Sikorsky and Boeing’s Defiant X compound coaxial helicopter. This change was brought on by the Army’s need to replace its aging fleet of UH-60 Black Hawks.

While the reasons are vague as to why the Army chose Bell’s design, some have speculated that they simply chose the one that offered the best value. Major General Robert Barrie, the Army’s Program Executive Officer for Aviation, clarified that it was a comprehensive analysis of a variety of factors – such as performance, cost, and schedule.

Valor is set to enter service sometime around the 2030s. In the meantime, the aircraft has broken the Army’s 300-knot true airspeed barrier during testing.

Furthermore, the V-280 has logged more than 200 hours of flight time since its maiden flight in 2017, all while surpassing several ambitious speed and agility goals set by the US Army under the Joint Multi-role Technology Demonstration Program.