Why This Controversial Jet May Cost $1.7 Trillion 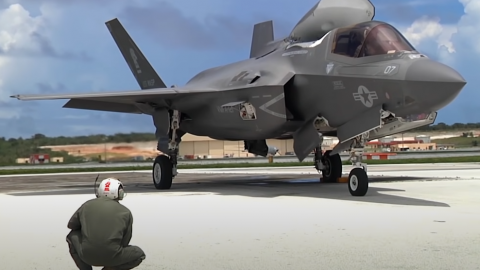 The US military is expected to spend $1.7 trillion on the warplane the F-35 Lightning II.

In 2021, marks 15 years since the first flight of the aircraft. Business Insider went to the Hill Air Force Base in Utah to take a closer look of the F-35 and learn why it’s part of the most expensive weapons program in US history.

The problem is the F-35 was supposed to fit all the needs of the Air Force, Navy, and Marines all in one. The military had to build three different models, the F-35 A, B, and C.

“They look a lot alike, but the Air Force has its own requirements, the Navy needed a tailhook, the Marine core variant needed the jump jet, so it was a mistake to sell the F35 as one single aircraft, it’s really three aircraft rolled into one.”

The initial plan was for all the models to be nearly identical, but it just created all sorts of problem. There is still a lot of money to spend for the developing, testing, flying and maintaining of the aircraft.