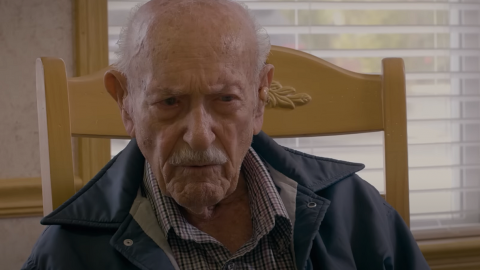 Surrounded On All Sides

Herman Zerger, a WWII veteran, was part of the 36th Infantry Division that served in Italy, France, and Germany.

Zerger’s first experience of war was eye-opening, to say the least. When he landed in Italy for the Battle of Salerno, he recalls seeing his men get gunned down when the gangplank was dropped. They had to step over the dead bodies to get out of the boats.

However, this wasn’t the worst experience he would have had in the war. In February of 1945, his division was overcome by German tanks so they decided to make a break for it. Unbeknownst to them, German snipers were waiting at the steeple across. His friend was hit on the shoulder and fell back on him as his friend bled profusely. The group was surrounded, captured, and forced to march to Markt Pongau, where they were only fed with “grass soup.”

They were liberated on May 8th, formally ending their stay by shaking hands with Eisenhower.